I know you’ve been thinking about getting a rototiller, right? 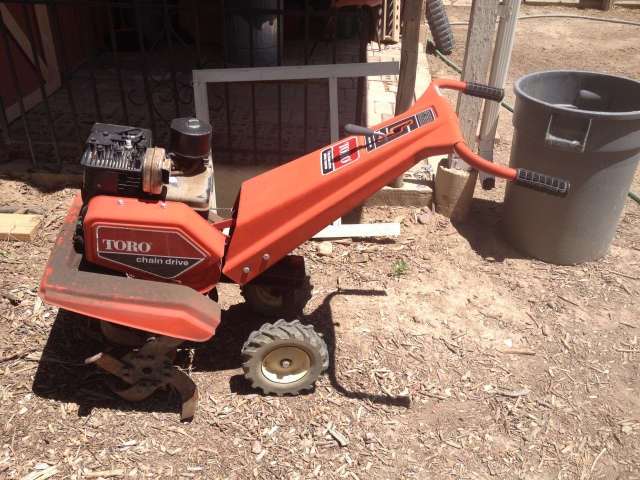 Just in time to dress it up like a scarecrow for Halloween?  Or, maybe you could decorate it with hay bales and pumpkins right after you till all of your raked up leaves and compost into the garden to break down over the winter.  Think of all the black plastic garbage bags you’ll keep from going to the dump!

You might even decide some Sunday before football that you’ll go surprise your elderly neighbor and till his garden too.  And, you’ll decide it’s so much fun that you’ll just keep tilling down the street, garden by garden, until your neighbors make you dinner and send you home.  It’ll only be then that you’ll realize you were out doing so many good deeds that you actually missed watching football.

Which is no problem, because one your of single, cute, football loving neighbors recorded it and invited you over for dinner tomorrow night to watch the one you missed.  And then she asked you out on a date. 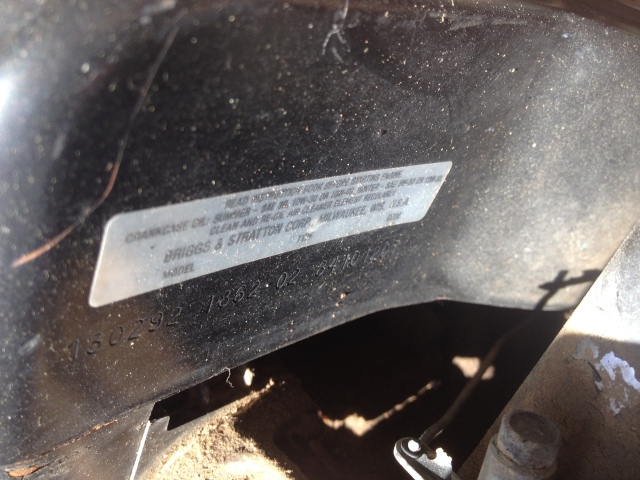 Who knew a rototiller could be so romantic?

You know you need it.

You know you want it.

I am Lindsey. At first I was a city girl. Growing up, the closest thing I had to farm animals were a cat and a cockatiel. In 2009, Herbert (my husband) and I bought our first milk goat and I instantly became an urban farmgirl, attempting to balance city and farm life..before I knew “urban homesteading” was a thing. That’s when we began The Goat Cheese Lady Farm, hence The Goat Cheese Lady blog you’re visiting now. After moving to the country in 2014, I embarked on life as a rural farmgirl. We continued teaching farm and cheesemaking classes, raising more goats and began construction on our cheese creamery. But life had other plans and in 2017, we decided that, due to financial and health issues, we had to close the farm for business. No more classes, no more creamery, a lot less milking. We went back to off farm jobs, I as an Occupational Therapist, Herbert in construction with his business, D&A Home Remodeling. At that point, I made a silent promise to myself that I would corral my entrepreneurial mind and focus on a job for a year. Well, it has been a year and I am back. Not to classes, cheese, soap or lotion, but back to writing. I love it. I’m not sure where it will lead me, but that’s where I’m starting. I’ll continue to write as The Goat Cheese Lady for now, and whatever the future holds, I’ll let you know. Our two boys are 14 and 11 and continue to be louder than my sister and I ever were. We have two dogs, Montaña and Flash, a cat, Jumpy, a flock of chickens and three goats. Yes, we still have Lucy, the goat who helped us start it all and was milked by over 1,000 people. She’s retired but still the boss. Chocolate provides enough milk for our family with some to spare for the dogs. Soccer friends, school friends, coyotes and mice are frequent visitors. There are way too many flies and every so often we see an owl. I’m glad you’re here. Sometimes you’ll laugh out loud, other times you’ll be inspired to appreciate the small things. My hope is that, over your morning cup of coffee or your afternoon work break, you’ll enjoy the antics and inspiration that are my daily life. Lindsey
View all posts by The Goat Cheese Lady →
This entry was posted in Farm Life, For Sale, gardening and tagged Farm Life, gardening. Bookmark the permalink.