I’ve had more food and other odd things on my face in the last four days than ever before.  But, it’s worth it.  You’ll find out why when I finish writing this.

But DON’T LOOK YET.

First, you should know what you should do to your face if you ever get a surprise like this. 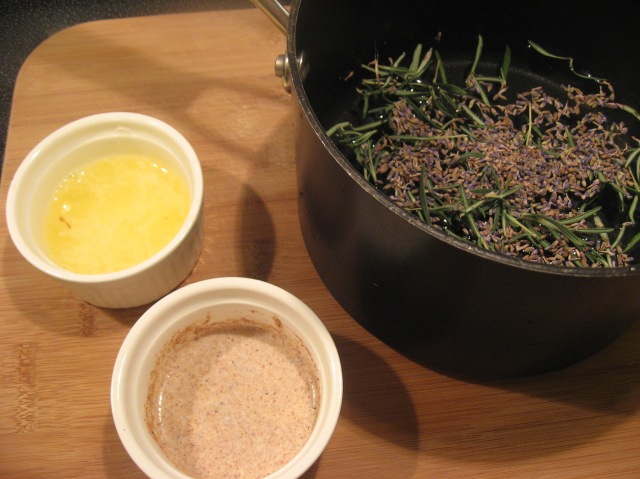 Egg yolk, lemon juice and honey.  Goat’s milk and nutmeg.  Distilled water and lavender and rosemary.  For your face.

Finally, I did it.  It took almost and hour, and I don’t typically spend a whole hour on self beautification, but I felt compelled.  Call it vanity.  Call it nerves.  Call it necessary.  Call it part of my Pickers Anonymous 12 Step Program.

First, I scrubbed my face with the nutmeg and goat’s milk exfoliator.  After about 5 minutes of rubbing that into my face and neck, I rinsed it off with warm distilled water.

Then, I boiled the herb water.  Once it boiled, I took it off the heat, moved to a comfortable chair with the pot on a hot pad on a table in front of me, and leaned over it.  With a towel like a tent over my head.  For 10 minutes.

Now, there’s a neck ache for you. 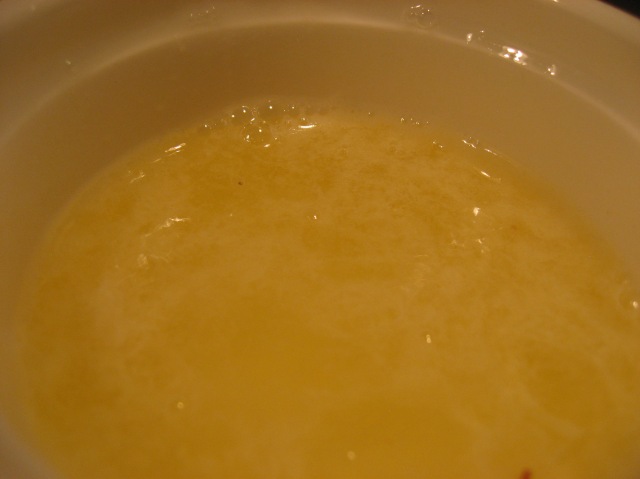 And, finally, I spread the egg mixture all over my face and laid down on the floor for fifteen minutes.  (Right now, I’m hearing my grandmother’s voice in my head…Lie means recline.  Lay means to put.  It’s hard to live it down if you get it wrong.  But, I’m not sure about past tense.  Laid, Lied?  Forgive me, Mom, if I wrote it wrong.)

Fifteen minutes.  The room was dark.  The kids asleep.  Quiet.  Peaceful.  With egg on my face.  And, actually, it was quite nice.

Until I stood up.  Now, that was a little odd.  Since the egg dried on my face while I was lying down, it was like getting a firm immovable facelift.  Gravity pulled all my skin up and back and the egg dried it there.

But, get up, and gravity pulls in a whole different direction.  The whole clear mask that was now my face, tried falling down to my neck.  Wow.  I guess my skin hangs lower than I ever realized.

So.  NOW.  Why would a person go to such extremes?

…and Craig Coffey…and his camera man…

…ARE COMING to film us tomorrow!!!

Now, seriously.  If you were going to be on TV for the first time ever since you were 6 and on Romper Room and had no acne and no cares in the world for that matter, (but not the only time, because, if you’ll recall my Dream List, I do still need to be on Good Morning America), wouldn’t you do weird things in preparation?

Or, maybe it’s just a me thing.

However you slice it, the word on the street is, whatever they film tomorrow will be on their show on Tuesday.

That’s when you’ll find me hiding under my bed.

But, I will let you know for sure when it’s going to be on.

I am Lindsey. At first I was a city girl. Growing up, the closest thing I had to farm animals were a cat and a cockatiel. In 2009, Herbert (my husband) and I bought our first milk goat and I instantly became an urban farmgirl, attempting to balance city and farm life..before I knew “urban homesteading” was a thing. That’s when we began The Goat Cheese Lady Farm, hence The Goat Cheese Lady blog you’re visiting now. After moving to the country in 2014, I embarked on life as a rural farmgirl. We continued teaching farm and cheesemaking classes, raising more goats and began construction on our cheese creamery. But life had other plans and in 2017, we decided that, due to financial and health issues, we had to close the farm for business. No more classes, no more creamery, a lot less milking. We went back to off farm jobs, I as an Occupational Therapist, Herbert in construction with his business, D&A Home Remodeling. At that point, I made a silent promise to myself that I would corral my entrepreneurial mind and focus on a job for a year. Well, it has been a year and I am back. Not to classes, cheese, soap or lotion, but back to writing. I love it. I’m not sure where it will lead me, but that’s where I’m starting. I’ll continue to write as The Goat Cheese Lady for now, and whatever the future holds, I’ll let you know. Our two boys are 14 and 11 and continue to be louder than my sister and I ever were. We have two dogs, Montaña and Flash, a cat, Jumpy, a flock of chickens and three goats. Yes, we still have Lucy, the goat who helped us start it all and was milked by over 1,000 people. She’s retired but still the boss. Chocolate provides enough milk for our family with some to spare for the dogs. Soccer friends, school friends, coyotes and mice are frequent visitors. There are way too many flies and every so often we see an owl. I’m glad you’re here. Sometimes you’ll laugh out loud, other times you’ll be inspired to appreciate the small things. My hope is that, over your morning cup of coffee or your afternoon work break, you’ll enjoy the antics and inspiration that are my daily life. Lindsey
View all posts by The Goat Cheese Lady →
This entry was posted in Farm Life, good people to know, Recipes and tagged skin care. Bookmark the permalink.