Posted on December 1, 2010 by The Goat Cheese Lady

There wasn’t a Friday the 13th in November, or October, or September this year…but almost nightly, there’s one in the milk room.

And, I’ve been trying to get a picture of it for weeks.

Mostly, I get this: 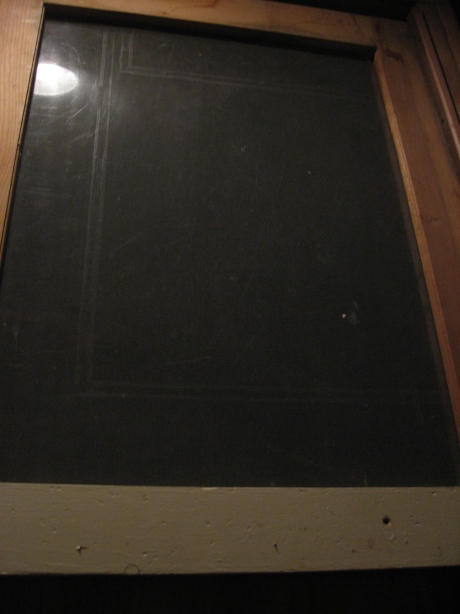 The blank window in the milk room door.  Anticipating or just having missed Jason’s (or his victim’s) visit.

But finally, I got this:

Jason.  Or his victim.

See that ghost-like image of a horror movie college-girl-running-from-certain-death posing as a goat?  Looks like a ghost.  Until mixed with the sound effects.

It is silent in the milk room at night.  Except for the rhythmic pssshh, pssshh, pssshh of the milk streaming into the milk pan.  I am peaceful.  I am appreciating the silence of the night.

(Goat hooves slamming on the outside of the door.)

My heart stops.  I gasp, then stop breathing.

Then I turn around to see the victim’s bloody hands slowly sliding down the window of the milk room door.  (Not really.)

Once I start breathing, I cuss.

I go back to milking.

I try to prepare myself for next time.