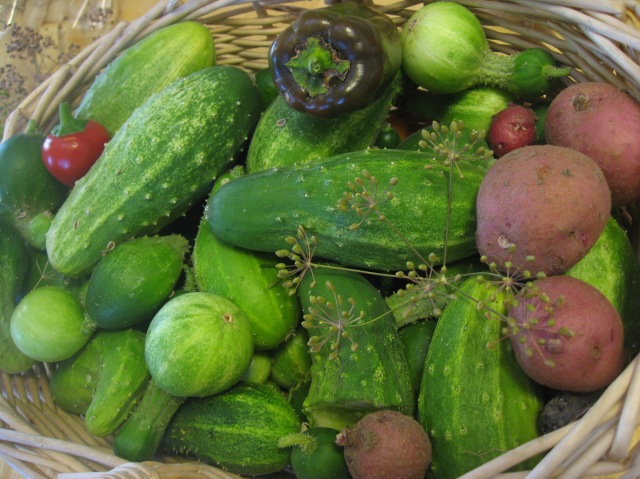 The little blackish looking thing to the far right under the red potato is a tiny version of a Majestic Purple potato.  Best kind of potato I’ve had.  You gotta try ’em.

That’s the trick, by the way, call them BLUE FRENCH FRIES.  Never refer to a potato to kids under 6 as a POTATO.  In my experience, they won’t make it anywhere near their mouths.  You MUST call any type of potato a french fry.  No matter what color it is or how it is cooked.

OK.  I guess I wouldn’t call mashed potatoes, potatos, potatoes french fries.  That would be a little ridiculous.  You would lose all trust from your children and you could never successfully lie to them again.

Did I say lie?  I really didn’t mean that. 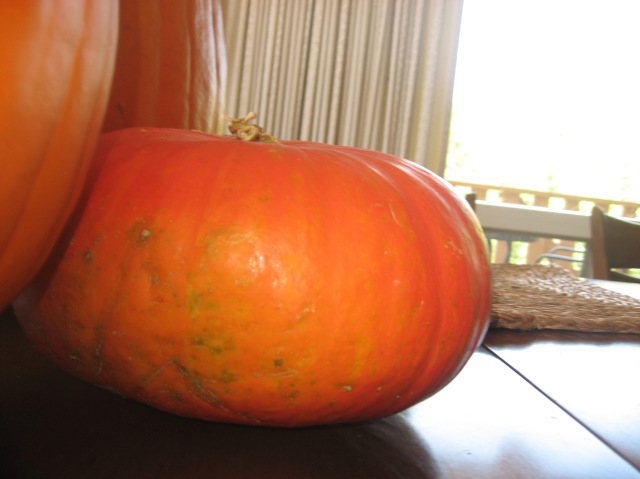 My youngest son kindly offered to take pictures of 49 things throughout the house: This is one I didn’t delete.

He is showing great promise as a photographer, despite his wee 3 years of life. 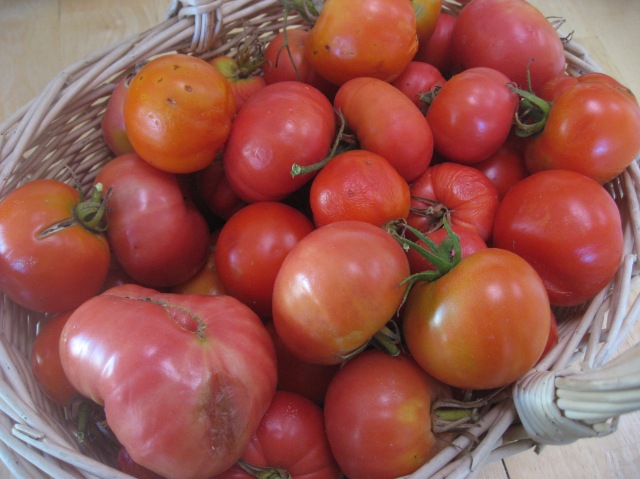 Started them all from seeds in my own basement.  I really like the name Radiator Charlie’s Mortgage Lifter tomato.  You just have to have tomatoes, tomatos, tomatoes with names like that.  It did not, however, lift my mortgage.  Still have it.

Maybe I need to add more goat manure and chicken poop next year. 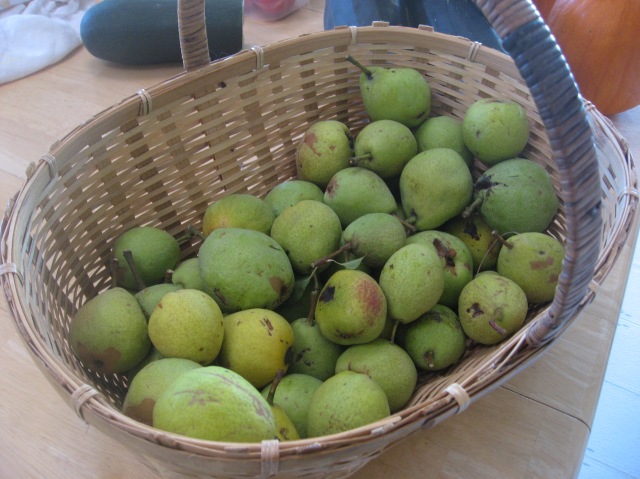 Increased the pear harvest from 2 pears last year to this many this year…minus quite a few that the deer got.

Also increased our harvest of worms in said pears.

Not to worry though, you can still use them.  Yes, calling all city folk with forgotten fruit trees in your yards….You can use them.  If you don’t want to, just let me know and I’ll use them.

You just cut out the bad parts, hope you don’t sever a worm in the process just because that’s really gross, and you tolerate hearing your 6-year-old say… “Moooooommmmm…does thiiiissss one have a worm in it????”  after giving him a pristine portion of the now clean pear.  (There’s just no appreciation for how much a mom works, is there.)

Each worm will met his next life in the compost pile, or better yet, in the stomach of one of the chickens. 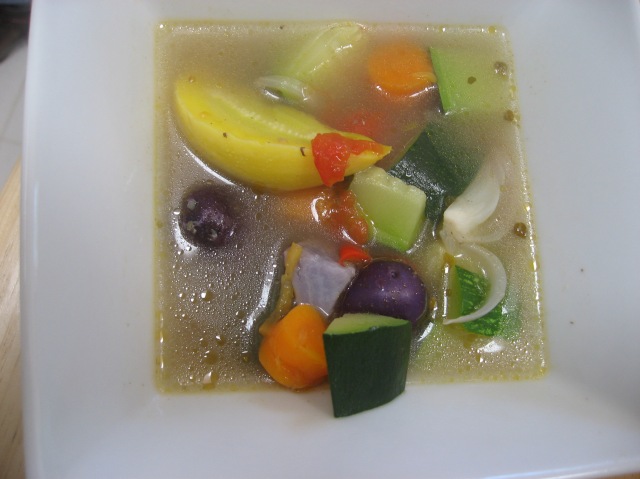 The Animal Whisperer made this Rainbow Soup for dinner one night recently. 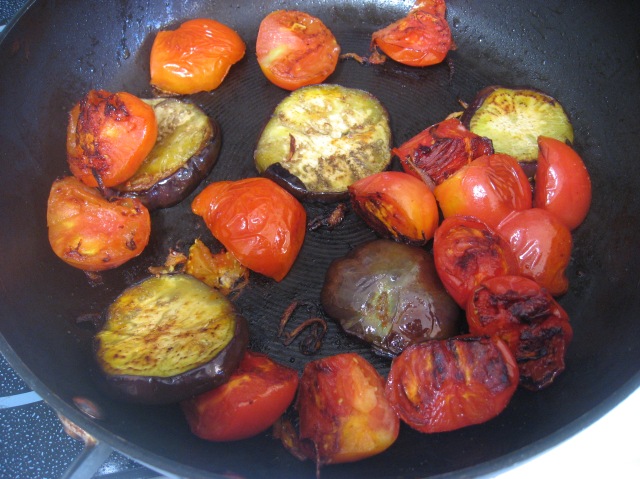 Here’s part of lunch today.  Those are not pear worms either.  They are blackened onion shreds. 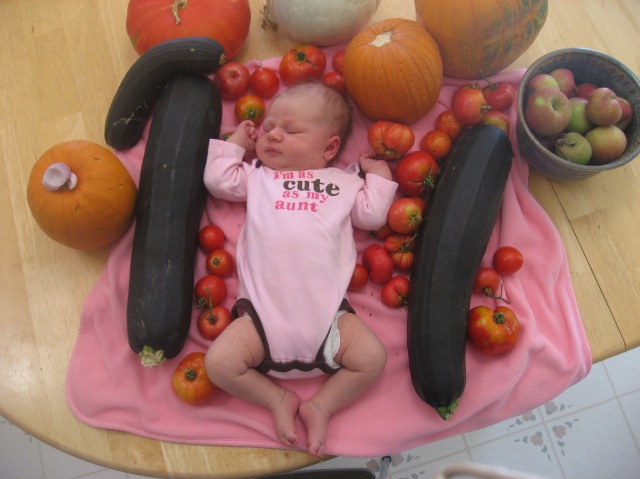 My sister harvested her 26 days ago. 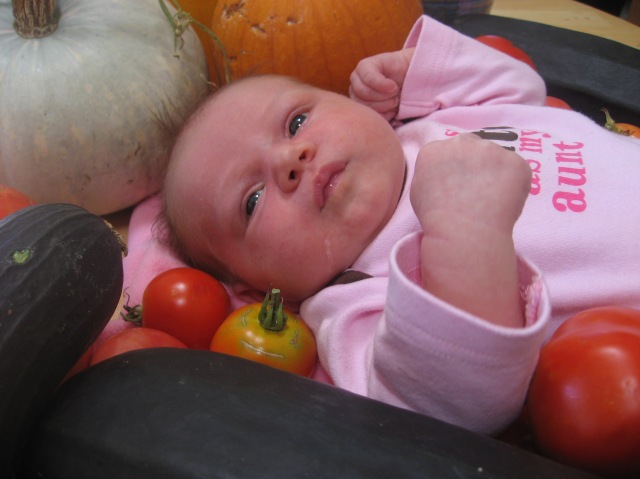 She’s cuter than the zucchinis, just about as big too. 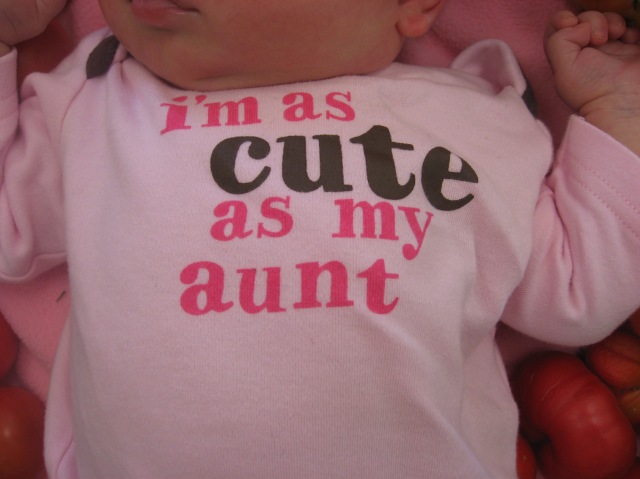 And, she’s WAY cuter than me.

Although I hate to admit it.